A continuous and high-level Research & Development activity to match the needs of our customers and supply the best products. 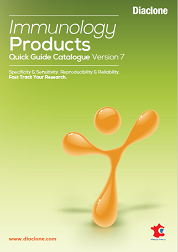 Spike protein (S protein) is one of the four structural proteins of Coronavirus (SARS-Cov, SARS-Cov-2, MERS amongst others), S protein plays the most important role in viral attachment, fusion and entry, and it serves as a target for development of antibodies, entry inhibitors and vaccines.
In the S protein, the Receptor Binding Domain (RBD) mediates viral entry of SARS-Cov and SARS-Cov-2 into host cells by its interaction with the membrane receptor ACE2 (Angiotensin-converting enzyme 2).

Spike protein (S protein) is one of the four structural proteins of Coronavirus (SARS-Cov, SARS-Cov-2, MERS amongst others), S protein plays the most important role in viral attachment, fusion and entry, and it serves as a target for development of antibodies, entry inhibitors and vaccines.
In the S protein, the Receptor Binding Domain (RBD) mediates viral entry of SARS-Cov and SARS-Cov-2 into host cells by its interaction with the membrane receptor ACE2 (Angiotensin-converting enzyme 2).
The variant lineage B.1617.2 of SARS-Cov-2 was first identified in India in late 2020. The WHO named it “the Delta variant” at the end of May 2021. The two mutations in the RBD (L452R and T478K) affect the transmissibility of the SARS-CoV-2 virus. Since the 7th May 2021, the classification of this variant moves from variant under investigation (VUI) to variant of concern (VOC). This variant seems to be responsible in part for the second wave of the pandemic starting in February 2021 in India.

IL-1 Receptor Accessory Protein (IL-1RAP), also known as interleukin-1 receptor member 3 (IL-1 R3), is a member of the Interleukin-1 receptor family of proteins. The IL-1RAP protein is a coreceptor of the IL-1 (alpha and beta), IL-33 and IL-36 receptors involved in IL-1 signalling, activating different signalling pathways implicated in inflammation and proliferation.
IL1-RAP is critical for mediating the effects of IL-33, through the ST2/IL1RAP complex, and IL-36, through the IL-1Rrp2/IL-1RAP complex.
Human IL-1RAP is composed of 3 domains: an extracellular domain (ECD, 347 AA), a transmembrane part (21 AA), and a cytoplasmic domain (182 AA).
IL-1RAP has been identified as a marker of interest in the context of Chronic Myeloid Leukemia (CML) treatment, activating NK Cells and blocking tumor growth. Its overexpression is demonstrated in Hematopoietic Stem and Progenitor Cells (HSPC) and also in Acute Myeloid Leukemia (AML) disease.

IL-28A, IL-28B, and IL-29, also named interferonλ2 (IFNλ2), IFNλ3, and IFNλ1, respectively, are class II cytokine receptor ligands that are distantly related to members of the IL-10 family (11-13% aa sequence identity) and the type I IFN family (15-19% aa sequence identity). The expression of IL-28A, B, and IL-29 is induced by virus infection or double stranded RNA. All three cytokines exert bioactivities that overlap those of type I IFNs, including antiviral activity and upregulation of MHC class I antigen expression. They signal through the same heterodimeric receptor complex that is composed of the IL10 receptor β (IL10Rβ) and a novel IL28 receptor α (IL28 Rα, also known as IFNλR1).

The three proteins have been reported to have an anti-proliferative and anti-tumour activity.

RANTES (regulated on activation, normal T cell expressed and secreted) or chemokine (C-C motif) ligand 5 (also CCL5) is a chemotactic cytokine which in humans is encoded by the CCL5 gene.

It is chemotactic for T cells, eosinophils, and basophils, and plays an active role in recruiting leukocytes into inflammatory sites. With the help of IL-2 and IFN-γ released by T cells, CCL5 induces the proliferation and activation of certain natural-killer (NK) cells. It is also an HIV-suppressive factor released from CD8+ T cells.

Interleukin-17B is an approximately 20 kDa glycosylated cytokine that plays a role in inflammation and bone growth. IL-17B binds to IL-17 RB and induces the production of inflammatory cytokines and the infiltration of inflammatory immune cells. IL-17B is upregulated in arthritic cartilage where it exacerbates the severity of disease. It is also upregulated in aggressive breast cancer cell lines, and its exaggerated signalling through IL-17 RB promotes tumorigenicity.

Interleukin-1 Beta (IL-1b) is a member of the interleukin-1 family. This family consists of three structures related polypeptides. The first two are IL-1a and IL-1b, each of which has a broad spectrum of both beneficial and harmful biologic actions, and the third is IL-1-receptor antagonist, which inhibits the activities of interleukin-1.

IL-1 (a and b) have similar biological properties, among them, the ability to induce fever, sleep, anorexia and hypotension. IL-1 stimulates the release of pituitary hormones, increases the synthesis of collagenases, resulting in the destruction of cartilage, and stimulates the production of prostaglandins, leading to decrease in the pain threshold. In addition, IL-1 has some host-defence properties. However, whereas IL-1b is a secreted cytokine, IL-1a is predominantly a cell-associated cytokine.

IL-1 has also been implicated in the destruction of beta cells of the islets of Langerhans, the growth of myelogenous leukaemia cells, and the development of atherosclerotic plaques. It is described in

The bFGF is a critical component of human embryonic stem cell culture medium; the growth factor is necessary for the cells to remain in an undifferentiated state.

Expression of FGF2 and FGFRs in normal cells is highly regulated, and termination of FGF2 signaling is achieved through receptor internalization. However, FGF2/FGFR signaling in cancer cells is dysregulated, which may contribute to the pathogenesis of many types of cancer. Several studies have shown that FGF2 is a key tumor-promoting factor in the tumor microenvironment. The following section reviews current knowledge of the molecular pathways associated with FGF2 signaling in cancer, which represents a critical step for the implementation of strategies toward the development of personalized cancer therapy. (Akl, M, Oncotarget, 2016, Vol. 7(28) 44735-44762

IL-3 is a pleiotropic cytokine, mainly produced by activated T-lymphocytes, regulating the function and production of hematopoietic and immune cells [Ihle (1192) Chem Immunol 51: 65–106]. The CD123 is interleukin-3 receptor sub-unit alpha, a glycoprotein of 360 aa, composed by an extracellular domain of 287aa, a transmembrane domain of 30 aa and by an intracellular domain of 53 aa [Barry SC (1997) Blood 89(3):842–852]. This alpha sub-unit alone binds IL‑3 with low affinity. And even if the beta subunit does not bind IL‑3 by itself, it is required for the high‑affinity binding of IL‑3 to the heterodimeric receptor complex.

The receptor was expressed on the majority of CD34+ hemopoietic progenitors and its expression is rapidly lost during erythroid and megakaryocytic differentiation, moderately decreased during monocytic differentiation and was sustained in the granulocytic lineage [Testa U (1996) Blood 88(9):3391–3406.].

The identification of a subset of dendritic cells in human peripheral blood has been reported to be characterized by the very high expression of CD123 [MacDonald KP, (2002) Blood 100(13):4512–4520]. It is also used as marker for LPDC (Leukemic plasmacytoid dendritic cells).

Data indicate that IL-8 may participate in the pathogenesis of rheumatoid arthritis via the induction of neutrophil-mediated cartilage damage, and psoriasis. A causative involvement of IL-8 is found within a broad range of clinico-pathological conditions : adult respiratory distress syndrome, asthma, bacterial infections, bladder cancer, graft rejection and influenza infection, due to the now known biological properties of IL-8. This cytokine especially in combinations with other neutrophil activating agents, may prove helpful in the treatment of patients suffering from granulocytopenia, severe infections against which antibiotics are not effective, and immunodeficiency caused by HIV.

The S protein is a large viral transmembrane protein associated in a trimer manner on the virion surface, giving the virion a corona or crown-like appearance. Functionally it is the protein responsible for allowing the virus to attach to and fuse with the membrane of a host cell via the ACE2 protein. The ectodomains in all CoVs S proteins have similar domain organizations, divided into two subunits: the first one, S1, helps in host receptor binding, while the second one, S2, accounts for fusion. It also acts as a critical factor for tissue tropism and the determination of host range. The S protein is one of the proteins of CoVs capable of inducing most important host immune responses.

The N protein is multipurpose. It has two domains with different functions depending on the virus cycle. The first domain, located in the N terminal position, mainly acts in complex formation with the viral genome. The second domain, at the terminal C position, allows the self-assembly of the protein and facilitates the interaction of the M protein necessary for the constitution of the virion. In addition to its structural functions, the N protein seems to be involved in vitro on the infected host cell by disrupting these cellular regulatory pathways.

Previously, Dll4 itself, FGF (fibroblast growth factor), VEGF (vascular endothelial growth factor) and hypoxia were shown to be important in angiogenesis but more recently, another layer of interactions has been found. These include a pathway via angiopoietin-1/Tie2, involving Notch and DLL4 interaction. This has become a major focus in the development of anticancer therapy.

IL-1 Receptor Accessory Protein (IL-1 RAcP - IL-1RAP - IL-1 R3) is a ubiquitously expressed 70-90 kDa member of the IL-1R family having an extracellular domain containing three Ig-like C2 type domains, a transmembrane region and a cytoplasmic portion with a TIR domain. There are two isoforms identified due to alternative splicing, membrane-bound and soluble forms.

In chronic myelogenous leukemia and acute myeloid leukemia, gene expression profiling studies have revealed, IL1RAP as a cell-surface biomarker that is expressed by the leukemic but not the normal CD34þ/CD38 hematopoietic stem cell (HSC) compartment.

CD64 is membrane glycoprotein known as an Fc receptor that binds IgG-type antibodies with high affinity. CD64 is constitutively found on only macrophages and monocytes, but treatment of polymorphonuclear leukocytes with cytokines like IFNγ and G-CSF can induce CD64 expression on these cells.

Four different classes of Fc receptors have been defined: FcγRI (CD64), FcγRII (CD32), FcγRIII (CD16), and FcγRIV. Whereas FcγRI displays high affinity for the antibody-constant region and restricted isotype specificity, FcγRII and FcγRIII have low affinity for the Fc region of IgG but a broader isotype binding pattern.

The Fc receptors link the humoral and cellular branches of the immune system  and are key players setting thresholds for B cell activation, regulating the maturation of dendritic cells, and coupling the exquisite specificity of the antibody response to innate effector pathways, such as phagocytosis, antibody-dependent cellular cytotoxicity, and the recruitment and activation of inflammatory cells